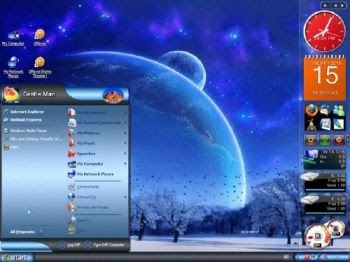 SWIG and pointers to SWIGED classes

I’ve recently tried to compile a SWIG interface to a server-side scripting language. The server in this case is Lua.
This of course does not work by any means, and after several hours of debugging, I was finally able to call the C code from Lua. Everything’s great.
Now I have another problem: I need to use pointer to these objects.
In Lua, I would normally do a
classA = FFI.new(“classA”)

Now how do I use C pointers in SWIG? Do I need to use a macro or something like that? Or do I need to write my own SWIG interface?

You will need to use a macro for C pointers.

So first off, I want to thank you so much for all of the wonderful comments and e-mails. I know it’s been a while since I’ve checked my mail, but I’ve been really busy and haven’t had time to answer them properly. I want to say a huge thanks to all of you for bringing this into the world. I hope you all know that I never expected this kind of response at all, especially not so quickly!

I have a little bundle of teethers that I found at a thrift store, and I decided to take some pictures for you!

I love these little teethers! They are great for keeping a teething baby’s mouth clean, and they are soft enough to chew on. I wouldn’t recommend using them for babies who might have a high risk of choking (older babies, or babies with sensitive teeth), but they do an amazing job for a younger child.

Anyway, I hope you enjoy!

Here are two pictures from the front and the back of the box.

Also, I would like to say that these are little teethers, and not teething rings. They are much easier to clean up, and they are more hygienic. If you have never used teething rings before, be aware that they can be a bit sticky and they can tear up your baby’s gums. I also think the quality of these teethers is much higher, since they were made by someone other than a giant corporation.

I have a friend who was able to find some at a thrift store (it is one of her favorite places to shop) and I decided to buy it too. I was going to use the same design and then add my own kind of ketchup flavoring, but I found these teethers and decided to just use them! If you have a thrift store nearby, I hope you enjoy this as much as I do!

So, I would love to hear any suggestions on what kind of flavors you would like to see. I think they are perfect for a ketchup, mustard, or citrus flavored teether.

the second one looks super cute! I think a fun twist would be to put your favorite colors together and then add a different kind of flavor to each te